Satow (1843-1929) arrived in Japan in 1862 and remained there for 21 years as a secretary of the British Legation of Tokyo, becoming an avid student of Japanese language, history, religion, and customs. He later served as Minister in Siam, Uruguay, Morocco, and China. He died at age 86 in England. 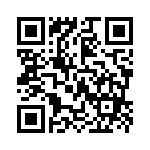