Noam Chomsky is quite possibly the most intelligent man alive (this is being written after Stephen Hawking's death and noting that there are probably more intelligent women around but the media ... レビュー全文を読む

One of the founding motives of the United States was that it didn't and doesn't care about the rights of brown or red people. The silly British tried to respect the treaties with the natives in ... レビュー全文を読む

Edward Samuel Herman was born in Philadelphia, Pennsylvania on April 7, 1925. He received bachelor's and master's degrees in economics from the University of Pennsylvania and a doctorate from the University of California, Berkeley. He joined the faculty of the Wharton School of Business in 1958 and taught finance there until he retired in 1989. He wrote and co-wrote several books including Corporate Control, Corporate Power: A Twentieth Century Fund Study, The Global Media written with Robert McChesney, and The Political Economy of Human Rights and Manufacturing Consent: The Political Economy of the Mass Media, both written with Noam Chomsky. He died from complications of bladder cancer on November 11, 2017 at the age of 92.

Noam Chomsky was born in Philadelphia, Pennsylvania on December 7, 1928. Son of a Russian emigrant who was a Hebrew scholar, Chomsky was exposed at a young age to the study of language and principles of grammar. During the 1940s, he began developing socialist political leanings through his encounters with the New York Jewish intellectual community. Chomsky received his Ph.D. from the University of Pennsylvania, where he studied linguistics, mathematics, and philosophy. He conducted much of his research at Harvard University. In 1955, he began teaching at MIT, eventually holding the Ferrari P. Ward Chair of Modern Language and Linguistics. Today Chomsky is highly regarded as both one of America's most prominent linguists and most notorious social critics and political activists. His academic reputation began with the publication of Syntactic Structures in 1957. Within a decade, he became known as an outspoken intellectual opponent of the Vietnam War. Chomsky has written many books on the links between language, human creativity, and intelligence, including Language and Mind (1967) and Knowledge of Language: Its Nature, Origin, and Use (1985). He also has written dozens of political analyses, including Manufacturing Consent: The Political Economy of the Mass Media (1988), Chronicles of Dissent (1992), and The Prosperous Few and the Restless Many (1993). 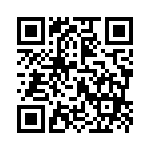