VINCENT LoBRUTTO is a faculty member for the Department of Film, Video and Animation at the School of Visual Arts. He has been a film production coordinator as well as a free-lance film editor. Among his publications are Selected Takes: Film Editors on Editing (Praeger, 1990) and By Design: Interviews with Film Production Designers (Praeger, 1992). LoBrutto is currently writing his fourth book for Praeger based on interviews with feature film cinematographers. 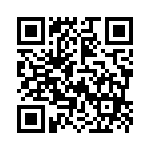