Mark Sheldon, Ph.D., is a College Lecturer in Philosophy and in the Medical Ethics and Humanities Program, Feinberg School of Medicine, at Northwestern University. He is also an adjunct faculty member at the Neiswanger Institute for Bioethics and Health Policy at Loyola University Stritch School of Medicine and an adjunct faculty member and ethicist at Rush-Presbyterian-St.Luke's Medical Center, Chicago. His publications have appeared in JAMA, The Hastings Center Report, The Philosophical Forum, and The Journal of Value Inquiry. 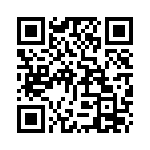