lv ページ
As the King sent Sur** rey word by my Lord Marquis ** that he should go no
further than “ St. Cuthbert's Banner could go ** with him, all are of opinion not **
to invade. Thinks the duke will ** fall upon Berwick or Norham “ within two days, ...
civ ページ
... aforesaid felonies and sedi“ tions, shall be drawn through the city to the
gallows, and “ there hanged alive, and disembowelled alive, and after“ wards
beheaded ; and that the head of the said Gilbert “ shall be sent to the King's city of
London, ...
cxli ページ
His father, Sir Richard de Aungerville, dying while his son was a mere boy, his
uncle, John de Wyllyby, Egerw a priest, sent him to a grammar school, and
thence to the* University of Oxford, where he became greatly distinguished för his
... 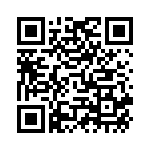