55 āyü[āW
Father's a King , Mother's a Queen , My two little sisters are dressed in green , Stamping marigolds and parsley . The Mocking Fairy WALTER DE LA MARE üg Won't you look out of your window , Mrs. Gill ?
140 āyü[āW
The Legends of Evil RUDYARD KIPLING I This is the sorrowful story Told as the twilight fails And the monkeys walk together Holding their neighbor's tails :üg Our fathers lived in the forest , Foolish people were they , They went down to ...
141 āyü[āW
Now we can watch our fathers , Sullen and bowed and old , Stooping over the millet , Sharing the silly mould , üg Driving a foolish furrow , Mending a muddy yoke , Sleeping in mud - walled prisons , Steeping their food in smoke .

V. nostalgic - not many a modern child, or even I, can appreciate. Cute enough, but irrelevant. āīārāģü[æSĢČé­ōŪé▐ 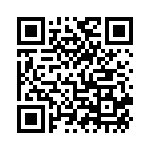