Laurie Ouellette is Associate Professor in the Department of Communication Studies at the University of Minnesota. She is co-editor of Reality TV: Remaking Television Culture and author of Viewers Like You? How Public TV Failed the People.


James Hay is an Associate Professor in the College of Communication at the University of Illinois--Champaign-Urbana. He is a co-editor of The Audience and Its Landscape. 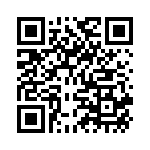