Dr Mitchell is a Trustee of the Britten-Pears Foundation and Chariman of the Britten Estate Ltd; Founder Professor of Music at the University of Sussex (1971 - 1976); and is currently visiting Professor at Sussex, York and King's College, London. He was awarded the Gustav Mahler Medal ofHonour of the International Gustav Mahler Society in 1987, in Vienna. Dr Mitchell is Research Fellow in Romantic Studies in the Department of English, University of Bristol. His principal interest is in Byron having published several books on the poet, including Lord Byron: The CompleteMiscellaneous Prose (OUP 1991). 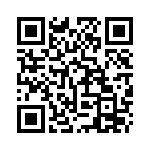