ix āyü[āW
How beautiful is life, in those young dreams Of jov and faith !—of love that never
flies, Chain'd like the soul to truth ! When Mr Southey left England, the period
fixed for his return was the end of six months; and almost to a day he kept the ...
xi āyü[āW
... floating in purer ether!) while he had this hope, this faith in man left, he
cherished it with childlike simplicity, he clung to it with the fondness of a lover; he
was an enthusiast, a fanatic, a leveller; he stuck at nothing that he thought would
banish ...
xix āyü[āW
Strangers, your fare is homely,üh said their Host; But such it is as we poor
countrymen Earn with hard toil: in faith ye are welcome to it! I too have borne a
lance in younger days; And would that I were young again to meet These
haughty English ...
xix āyü[āW
... And groan'd and strove in vain to free their hands, And bade them think upon
their plighted faith, And pray'd for mercy in the name of God, In vain: the King had
bade them massacre, And in their helpless prisoners' naked breasts They drove ...
xix āyü[āW
I survive, A solitary, friendless, wretched one, Knowing no joy save in the faith I
feel I hat I shall soon be gather'd to my sires, And soon repose, there where the
wicked cense {e From troubling, and the weary are at rest.üh • And happy,üh cried
the ...
Ä¤éų »

Robert Southey was born on August 12, 1774. In 1788, Southey entered the Westminster school at the expense of his uncle. One year after his admission to Westminster, the French Revolution began. Southey was fifteen years old at the time, and like many young people of his day, he passionately sympathized with the high ideals of the French cause. During these years, Southey befriended both Charles W. W. Wynn and Grosvenor Charles Bedford. Bedford and Wynn began a publication in 1792, The Flagellant, which Southey later joined as writer and co-editor. He submitted an anonymous article on "Flogging," in which he claimed that the school's disciplinary practice of flogging students was satanic. Dr. Vincent, the headmaster at the school, viewed the essay not as the product of a boy's imagination, but as a direct attack on both the school and the British Constitution. Eventually, Southey came forward and offered his apology, but was nonetheless expelled from school. Southey was of course then refused admission at Christ Church and had to attend Balliol College at Oxford. In order to escape life at Oxford and postpone making his decision to join the clergy, Southey took some time off from school in the autumn of 1793. Southey eventually left Oxford after his second term to be married. Shortly after leaving, he crossed paths with Samuel Taylor Coleridge, with whom he formed a friendship which would mold his early life and continue until his later years. In 1794, Southey, Coleridge, and several mutual friends came up with the idea of "Pantisocracy," or "equal rule of all." Their goal was to emigrate to America to practice Pantisocracy by forming a communal, utopian settlement where everyone would live in harmony and brotherhood. In order to raise money for this, Southey and Coleridge joined to write drama and political propaganda, and to write and deliver weekly lectures on politics and history. At this time, they co-wrote the drama entitled "The Fall of Robespierre," which was published by a radical printer at Cambridge under Coleridge's name. This same year Southey wrote Wat Tyler, based on the Peasant's Revolt of 1381. Unfortunately, Wat Tyler was not published, the scheme to emigrate to America to practice "Pantisocracy" never came to fruition, and his friendship with Coleridge became increasingly strained. The relationship deteriorated further when Coleridge and his wife began having marital difficulties. Coleridge eventually left his wife and Southey was forced to support both families. Southey then accepted Charles Wynn's offer to set up an annuity for him if he would study law. Southey began to study law by day and write poetry and prose at night. He drifted entirely away from his legal studies and began to concentrate solely on his writing. Between 1796 and 1805 Southey wrote Joan of Arc: An Epic Poem, Thalaba the Destroyer, Madoc, and several volumes of shorter verse. He also wrote numerous ballads, made frequent contributions to The Monthly Magazine and published the popular Letters Written During a Short Residence in Spain and Portugal. After several years of estrangement from Coleridge, the two poets collaborated on the Devil's Walk in 1799. Although Southey remained a champion of the poor and became an outspoken adversary of slavery, he began to cherish the maintenance of social order. After becoming an outspoken member of the Tory party, Southey's changing views led him to accept a position as Britain's Poet Laureate in 1813, a position that he held for 30 years. Twenty-three years after Wat Tyler was written, it suddenly resurfaced into a highly charged political atmosphere in which an older, more conservative Southey was at the forefront. Upon learning that Southey was the author, his adversaries, such as William Hazlitt and William Smith, seized upon the play as an example of his hypocrisy, while his friends, Wynn, Coleridge, and Wordsworth, defended him vehemently. Despite the effects of Wat Tyler's appearance on Southey's reputation, it sold over 60,000 copies and was reprinted, making it one of his most well-read and commercially successful works. Southey eventually incorporated the play into his complete works in 1838. Although the reappearance of the poem forced Southey to confront the dissipation of his youthful ideals, it did not significantly affect his career as an esteemed poet and writer. Southey remained Poet Laureate of Britain for 30 years, and eventually died in 1843. 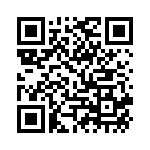