369 ページ
They were cautious , to levy the fine , which he did . , relying on the king , and they Hereupon the bishop took a made their remarks to one course both contumacious and another quietly . Gracian , said wily .
413 ページ
walls of the gully , and flung In my hurry , however , I took from one to the other in waves in the rope until I felt Roberts of harsh sound , dying in a at the end , and then belayed hoarse throaty chuckle amid it .
523 ページ
After the took place during the spring of disturbances had lasted for a 1800 . The new regiment con- week the corps were dismissed , sisted of six troops , of which and received the thanks of two were from Edinburgh , and the Lord ... 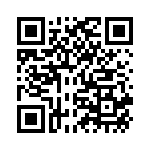