Thomas Wolfe was born in Asheville, North Carolina. He received his M.A. from Harvard University, taught at New York University from 1924 to 1930, and traveled abroad when he could. His long autobiographical series of novels begins with Look Homeward, Angel published in 1929, an account of a sensitive young man named Eugene Gant. Eugene's story is continued in Of Time and the River, publishing in 1935, in which a publisher's note announced that "this novel is the second in a series of six" and gave the six titles. Wolfe lived to complete only four. Hurt and troubled by widespread rumors that his undisciplined manuscripts had been shaped into publishable form by Scribner's famous editor Maxwell Perkins, Wolfe changed publishers, moving from Scribner to Harper, and for legal reasons found it necessary to change the name of his fictional surrogate. The George Webber of The Web and the Rock, published in 1939 and You Can't Go Home Again, published 1940 is essentially Eugene Gant continuing his search for the meaning of life. Wolfe traces the turbulent path of his hero through his European experiences, which have shown George the beginnings of Hitlerism, so that he tells his editor that henceforth he will write fiction of social protest. Wolfe did not live to write the books so bravely announced. From an early bout with pneumonia, he suffered from tuberculosis of the lungs, which led to fatal tuberculosis of the brain. He died following brain surgery at age 38. In addition to the four installments of the one long autobiographical novel on which his reputation must chiefly rest, Wolfe wrote some short stories that are collected in The Hills Beyond, published in 1941 and From Death to Morning, publishd in 1935. As a student in the famous 47 Workshop at Harvard, and afterward on his own, Wolfe wrote several plays, including Welcome to Our City. Wolfe's own plays were not as successful in the theater as Ketti Frings's adaptation of Look Homeward, Angel as a comedy-drama in three acts; that work won a Pulitzer Prize in 1958 as well as the New York Drama Critics Circle Award as the best play of the season.

Suzanne Stutman is professor of English at Pennsylvania State University-Ogontz. 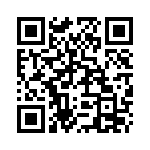