Alan Cameron is Charles Anthon Professor Emeritus of Latin at Columbia University. His previous books include Claudian, Porphyrius the Charioteer, Circus Factions, The Greek Anthology, Callimachus and his Critics, Greek Mythography in the Roman World, and The Last Pagans of Rome. He was awarded the Kenyon Medal for classical studies and archaeology by the British Academy in 2013. 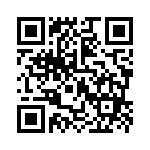