I absolutely loved this play, though I can't say it's my favourite since I have a strong affinity for the comedies. Anyway, from line one with the witches to Malcolm's ending speech; the play was a ... レビュー全文を読む

BANQUO, a thane of Scotland
FLEANCE, his son
MACDUFF, Thane of Fife
LADY MACDUFF
SON of Macduff and Lady Macduff

Location: An open place.
hurlyburly tumult
Grimalkin i.e., gray cat, name of the witch''s familiar—a demon or evil spirit supposed to answer a witch''s call and to allow him or her to perform black magic.
Paddock toad; also a familiar
Anon At once, right away.

1.2 Location: A camp near Forres.
0.1 Alarum trumpet call to arms

FIRST WITCH
When shall we three meet again?
In thunder, lightning, or in rain?

SECOND WITCH
When the hurlyburly''s done,
When the battle''s lost and won.

THIRD WITCH
That will be ere the set of sun.
first witch
Where the place?
second witch Upon the heath.
third witch
There to meet with Macbeth.

ALL
Fair is foul, and foul is fair.
Hover through the fog and filthy air. Exeunt.
1.2 * Alarum within. Enter King [Duncan], Malcolm, Donalbain, Lennox, with attendants, meeting a
bleeding Captain.

DUNCAN
What bloody man is that? He can report,
As seemeth by his plight, of the revolt

newest state latest news. sergeant i.e., staff officer. (There may be no inconsistency with his rank of "captain" in the stage direction and speech prefixes in the Folio.)
broil battle spent tired out choke their art render their skill in swimming useless.
The merciless . . . supplied The merciless Macdonwald—worthy of the hated name of rebel, for in the cause of rebellion an ever-increasing number of villainous persons and unnatural qualities swarm about him like vermin—is joined by light-armed Irish footsoldiers and ax-armed horsemen from the western islands of Scotland (the Hebrides and perhaps Ireland)
And Fortune . . . whore i.e., Fortune, proverbially a false strumpet, smiles at first on Macdonwald''s damned rebellion but deserts him in his hour of need.
well . . . name well he deserves a name that is synonymous with "brave"
minion darling. (Macbeth is Valor''s darling, not Fortune''s.)
the slave i.e., Macdonwald
Which . . . to him i.e., Macbeth paused for no ceremonious greeting or farewell to Macdonwald.
nave navel. chops jaws
cousin kinsman
As . . . swells Just as terrible storms at sea arise out of the east, from the place where the sun first shows itself in the seeming comfort of the dawn, even thus did a new military threat come on the heels of the seeming good news of Macdonwald''s execution.
skipping (1) lightly armed, quick at maneuvering (2) skittish
surveying vantage seeing an opportunity

MALCOLM This is the sergeant
Who like a good and hardy soldier fought
''Gainst my captivity.—Hail, brave friend!
Say to the King the knowledge of the broil
As thou didst leave it.

CAPTAIN Doubtful it stood,
As two spent swimmers that do cling together
And choke their art. The merciless Macdonwald—
Worthy to be a rebel, for to that
The multiplying villainies of nature
Do swarm upon him—from the Western Isles
Of kerns and gallowglasses is supplied;
And Fortune, on his damned quarrel smiling,
Showed like a rebel''s whore. But all''s too weak;
For brave Macbeth—well he deserves that name—
Disdaining Fortune, with his brandished steel,
Which smoked with bloody execution,
Like valor''s minion carved out his passage
Till he faced the slave,
Which ne''er shook hands nor bade farewell to him
Till he unseamed him from the nave to th'' chops,
And fixed his head upon our battlements.

CAPTAIN
As whence the sun ''gins his reflection
Shipwrecking storms and direful thunders break,
So from that spring whence comfort seemed to come
Discomfort swells. Mark, King of Scotland, mark.
No sooner justice had, with valor armed,
Compelled these skipping kerns to trust their heels
But the Norweyan lord, surveying vantage,
With furbished arms and new supplies of men,
Began a fresh assault.

Yes . . . eagles Yes, about as much as sparrows terrify eagles. (Said ironically.)
say sooth tell the truth cracks charges of explosive
Except Unless memorize make memorable or famous. Golgotha "place of a skull," where Christ was crucified. (Mark 15:22.)
Thane Scottish title of honor, roughly equivalent to "Earl"
seems to seems about to flout mock, insult fan . . . cold fan cold fear into our troops.
Norway The King of Norway. terrible numbers terrifying numbers of troops dismal ominous
Till . . . proof i.e., until Macbeth, clad in well-tested armor. (Bellona was the Roman goddess of war.)
him i.e., the King of Norway. self-comparisons i.e., matching counterthrusts

DUNCAN
Dismayed not this our captains, Macbeth and Banquo?

CAPTAIN
Yes, as sparrows eagles, or the hare the lion.
If I say sooth, I must report they were
As cannons overcharged with double cracks,
So they doubly redoubled strokes upon the foe.
Except they meant to bathe in reeking wounds
Or memorize another Golgotha,
I cannot tell.
But I am faint. My gashes cry for help.

DUNCAN
So well thy words become thee as thy wounds;
They smack of honor both.—Go get him surgeons.
[Exit Captain, attended.]
Enter Ross and Angus.
Who comes here?

MALCOLM The worthy Thane of Ross.

LENNEX What a haste looks through his eyes!
So should he look that seems to speak things strange.

ROSS God save the King!

ROSS From Fife, great King,
Where the Norweyan banners flout the sky
And fan our people cold.
Norway himself, with terrible numbers,
Assisted by that most disloyal traitor,
The Thane of Cawdor, began a dismal conflict,
Till that Bellona''s bridegroom, lapped in proof,
Confronted him with self-comparisons,
Point against point, rebellious arm ''gainst arm,
Curbing his lavish spirit; and to conclude,
The victory fell on us.

Norways'' Norwegians''. composition agreement, treaty of peace
Saint Colme''s Inch Inchcolm, the Isle of St. Columba in the Firth of Forth dollars Spanish or Dutch coins
Our (The royal "we.") bosom close and intimate. present immediate

ROSS That now
Sweno, the Norways'' king, craves composition;
Nor would we deign him burial of his men
Till he disbursed at Saint Colme''s Inch
Ten thousand dollars to our general use.

DUNCAN
No more that Thane of Cawdor shall deceive
Our bosom interest. Go pronounce his present death,
And with his former title greet Macbeth.
ROSS I''ll see it done.

FIRST WITCH Where hast thou been, sister?

THIRD WITCH Sister, where thou?

FIRST WITCH
A sailor''s wife had chestnuts in her lap,
And munched, and munched, and munched. "Give me," quoth I.
"Aroint thee, witch!" the rump-fed runnion cries.
Her husband''s to Aleppo gone, master o''th'' Tiger;
But in a sieve I''ll thither sail,
And like a rat without a tail
I''ll do, I''ll do, and I''ll do.

I . . . card I can summon all other winds, wherever they blow and from whatever quarter in the shipman''s compass card.

I''ll . . . hay (With a suggestion of sexually draining the seaman''s semen.)
penthouse lid i.e., eyelid (which projects out over the eye like a pentho 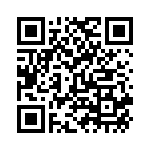