205 āyü[āW
Gaeidhel. Maghnus, son of Brian Mac Donnchadha, i.e. abbot of the monastery of
the Trinity on Loch-Cé, a man who was the preserving shrine' and casket of the
bounty and prowess of Erinn, and the man who, of all that had come down from ...
287 āyü[āW
Then it was that there came to Erinn a powerful man of the king of the Saxons'
people, ie. Lord Leonard;'and he wentto meetthe Earl's son, and practised deceit
towards him, and promised him a pardon on the King's part; and he took him with
...
467 āyü[āW
daughter of Brian, son of Eoghan O'Ruairc, died a fortnight before May-day ; and
she was one of the best, lamented women of Erinn. Great depredations were
committed upon Albanachs, in the Glenns, by Saxons. Rose, daughter ofO'Neill, ... 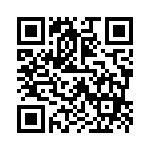