A delightful and affordable edition of the masterpiece: This 75 page edition is an efficient and likeable publication. The book includes the famous Rime of the Ancient Mariner (with side notes) and ... āīārāģü[æSĢČé­ōŪé▐

Most of Coleridge's poems in this (very cheap) collection do little to me. Christabel and Kubla Khan in particular are florid but insipid. The narrative in the Rime of the Ancient Mariner (which is its call to fame) is somewhat engaging, but falls flat as many times as it rises. āīārāģü[æSĢČé­ōŪé▐

Samuel Taylor Coleridge (1772–1834) was a founder of the English Romantic movement and a member of the Lake Poets. Although less well known than his contemporaries Wordsworth and Shelley, he created an enormously influential body of poetry and literary criticism. The Rime of the Ancient Mariner is his masterpiece. In addition to his work as an illustrator of classics, Hungarian-born artist Willy Pogány (1882–1955) served as an art director on several Hollywood films, including Fashions of 1934 and Dames. He was also an author and teacher whose instructive manuals include Dover's Drawing Lessons. 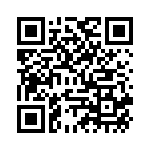