6 āyü[āW
rare . report a warm tribute is paid to the the enemy , and with numbers so small
military qualities of Lord Raglan's that , perhaps , no other troops would army .
The inquiries they had insti- even have made the attempt . tuted , and the scenes
...
12 āyü[āW
To these , in conse posal of the Commissary - General , quence of the want of
transport animals , says , üg The deficiency in the landwere superadded other
duties , involving transport of the army cannot , there . alone would have been
trying to ...
16 āyü[āW
army . Supplies of the utmost value to The provisions issued to the army health
may thus be lying within reach , in the late campaign should only be without
being made available , because resorted to when fresh meat and they are not ... 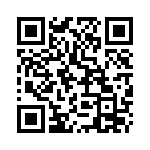