xii ページ - If all our miseries, our indignities, are born and bred within our minds, then all action, let alone the heroic action, is obviously impossible. And if society alone is responsible for the cramping of our lives, then the protagonist must needs be so pure and faultless as to force us to deny his validity as a character. From neither of these views can tragedy derive, simply because neither represents...
1956～2005 年の 24 冊の書籍に記載されています

TERRY WHITE is Assistant Professor of English at Kent State Ashtabula. In addition to other published works, Professor White has authored or edited such works as Cloak and Dagger: An Annotated Guide to Spy Fiction (Greenwood Press, 1995) and The Sibling Society. 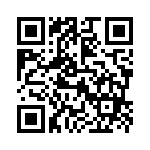