69 ページ - Europe has a set of primary interests which to us have none or a very remote relation. Hence, she must be engaged in frequent controversies, the causes of which are essentially foreign to our concerns. Hence, therefore, it must be unwise in us to implicate ourselves by artificial ties in the ordinary vicissitudes of her politics, or the ordinary combinations and collisions of her friendships or enmities.
1789～2007 年の 997 冊の書籍に記載されています
101 ページ - ... a cordial, habitual, and immovable attachment to it; accustoming yourselves to think and speak of it as of the palladium of your political safety and prosperity; watching for its preservation with jealous anxiety; discountenancing whatever may suggest even a suspicion that it can in any event be abandoned; and indignantly frowning upon the first dawning of every attempt to alienate any portion of our country from the rest, or to enfeeble the sacred ties which now link together the various parts.
1784～2007 年の 912 冊の書籍に記載されています
もっと見る
102 ページ - That on the first day of January, in the year of our Lord one thousand eight hundred and sixty-three, all persons held as slaves within any State or designated part of a State, the people whereof shall then be in rebellion against the United States, shall be then, thenceforward, and forever, free...
1785～2008 年の 700 冊の書籍に記載されています
101 ページ - The unity of government which constitutes you one people is also now dear to you. It is justly so, for it is a main pillar in the edifice of your real independence, the support of your tranquillity at home, your peace abroad, of your safety, of your prosperity, of that very liberty which you so highly prize.
1784～2007 年の 573 冊の書籍に記載されています
91 ページ - The cup of forbearance had been exhausted, even before the recent information from the frontier of the Del Norte. But now, after reiterated menaces, Mexico has passed the boundary of the United States, has invaded our territory, and shed American blood upon the American soil.
1813～2008 年の 301 冊の書籍に記載されています
101 ページ - My paramount object in this struggle is to save the Union, and is not either to save or to destroy slavery. If I could save the Union without freeing any slave, I would do it ; and if I could save it by freeing all the slaves, I would do it ; and if I could save it by freeing some and leaving others alone, I would also do that.
1862～2008 年の 601 冊の書籍に記載されています
122 ページ - That we could not give them back to Spain - that would be cowardly and dishonorable; (2) That we could not turn them over to France or Germany - our commercial rivals in the Orient - that would be bad business and discreditable...
1904～2008 年の 262 冊の書籍に記載されています
43 ページ - But though men, when they enter into society, give up the equality, liberty, and executive power they had in the state of nature, into the hands of the society, to be so far disposed of by the legislative, as the good of the society shall require...
1764～2008 年の 179 冊の書籍に記載されています
86 ページ - Away, away with all these cobweb tissues of rights of discovery, exploration, settlement, contiguity, etc. The American claim is by the right of our manifest destiny to overspread and to possess the whole of the continent which Providence has given us for the development of the great experiment of liberty and federative self-government entrusted to us.
1895～2008 年の 255 冊の書籍に記載されています
隠す

MICHAEL E. SALLA is an Assistant Professor in the School of International Service, American University. Previously he was a lecturer at the Australian National University. He has been involved in non-offical peacemaking efforts for ethnic conflicts in East Timor and Kosovo since 1995. He is the author of Islamic Radicalism, Muslim Nations and the West and co-editor of Why the Cold War Ended (Greenwood Press, 1995). 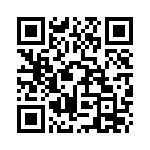