i āyü[āW
Associated Press "Crossan sees Jesus as a radical social reformer, an
egalitarian peasant leader who challenged the religious and political powers of
his day by preaching that everyone has immediate access to the divine through
their ...
viii āyü[āW
... the Patriarchal Family 299 Chapter 13. Magic and Meal 303 Magic as
Religious Banditry 304 A Gospel of Miracles? 310 Possessed by Demonic
Imperialism 313 Event and Process in Miracle 320 From Miracle to Table VII1
CONTENTS.
7 āyü[āW
It is also one of the oldest continuous religious constructs in the Mediterranean
area" (1982:198). There are also religious, marital, and political constants: "reli-
gion plays an important institutionalized role in both north and ...
18 āyü[āW
This explains the striking uniformity and consistency of its attitudes throughout the
revolt, but it also helps to explain the Galileans' detestation of it, despite their
sharing similar religious loyalties" (1980a:128). When Josephus, in the defensive
...

John Dominic Crossan, professor emeritus at DePaul University, is widely regarded as the foremost historical Jesus scholar of our time. He is the author of several bestselling books, including The Historical Jesus, How to Read the Bible and Still Be a Christian, God and Empire, Jesus: A Revolutionary Biography, The Greatest Prayer, The Last Week, and The Power of Parable. He lives in Minneola, Florida. 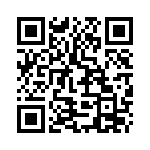