A nicely done history on the advent of the bicycle up to modern times. It leans toward explaining and projecting how the bike not only changed transportation and the lives of people but led the way in ... レビュー全文を読む

The Mechanical Horse: How the Bicycle Reshaped American Life

In her first book, writer and editor Guroff richly details the adoption, development, and significant cultural influence of the bicycle since its first U.S. appearance during the 19th century. The ... レビュー全文を読む

Margaret Guroff is a magazine editor. She is also the editor and publisher of Power Moby-Dick, an online annotation of Herman Melville's classic novel. She teaches writing at the Johns Hopkins University. 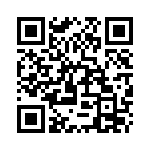