Sidney is perhaps the supreme example of the ideal Elizabethan gentleman, embodying those traits as soldier, scholar, and courtier that Elizabethans most admired. As the nephew of Robert Dudley, earl of Leicester (the favorite of Queen Elizabeth), and the son of a lord deputy of Ireland, his social and court connections were impeccable. He traveled widely in France, Germany, and Italy, and served the queen as courtier and ambassador before his death in battle in the Low Countries, a death that only added to his glamour. His writings in prose and poetry were not intended for publication but for private circulation among aristocratic friends. His pastoral prose romance Arcadia (1590) is sprinkled with poetry and was much admired in his day, as it is in ours. His A Defence of Poesie (1595) is one of the great critical treatises in English and brilliantly summarizes the Renaissance ideal in literature: to instruct as well as to delight. His sonnet sequence Astrophil and Stella (1591) is one of the first and perhaps the finest of the great Elizabethan sonnet cycles. Its influence on subsequent love poetry has been enormous. What gives the sequence its special appeal is Sidney's ability to bring fresh vigor to poetical conventions and to dramatize the entire sequence of 108 sonnets. 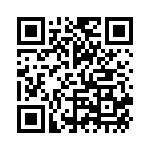