I rarely read autobiographies, preferring biographies written by professional historians and writers. While many such professionals naturally fall into hagiography when presenting their subjects, they ... レビュー全文を読む

Long Walk to Freedom by Nelson Mandela is an intriguing autobiography of one of the world’s foremost civil rights leaders. Born in 1918 in the Thembu tribe of the Xhosa people the book described ... レビュー全文を読む

Nelson Mandela became the democratically elected, first black president of the republic of South Africa on 27 April 1994. He died on 5 December 2013. 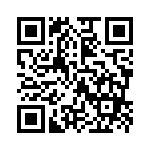