The best book I read in 2007, hands down. I enjoyed it so much and found it so inspiring that I scanned a page, printed it out, highlighted an important sentence, and mailed it to my beloved. It is now hanging on his wall. One of few books I wish had arms so that I could hug them. レビュー全文を読む

Vivid descriptions of life in a Nazi labour camp and of a bomber being shot down and crash landing in World War Two are the highlights of this book. The arcane arguments for the existence of God and faith while interesting may muddy the waters rather than clearing things up. レビュー全文を読む

E. L. (Edgar Lawrence) Doctorow was born on January 6, 1931, in the Bronx, New York. He received an A.B. in philosophy in 1952 from Kenyon College and did graduate work at Columbia University. He served in the U.S. Army Signal Corps from 1953-1955. He began his career as a script reader for CBS Television and Columbia Pictures and as a senior editor for the New American Library. He was editor-in-chief for Dial Press from 1964 to 1969, where he also served as vice president and publisher in his last year on staff. It was at this time that he decided to write full time. He wrote novels, short stories, essays, and a play. His debut novel, Welcome to Hard Times, was published in 1960 and was adapted into a film in 1967. His other works include, Loon Lake, The Waterworks, The March, Homer and Langley, and Andrew's Brain. He won the National Book Award for Fiction in 1986 for World's Fair and the National Book Critics Circle Award for fiction in 1976 for Ragtime, which was adapted into a film in 1981 and a Broadway musical in 1998. Billy Bathgate received the PEN/Faulkner Award, the National Book Critics Circle Award, and the William Dean Howells Medal in 1990. The Book of Daniel and Billy Bathgate were also adapted into films. He received the 2013 Medal for Distinguished Contribution to American Letters for his outstanding achievement in fiction writing. He died of complications from lung cancer on July 21, 2015 at the age of 84. 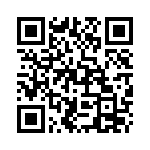