xiii ページ
Commodities sent from England to all parts of Galicia included ' course cloth and
Bridgwaters , northern halfe clothes , manchester cottons , hides , calf skins ,
sheepe skins , dressed breaknocks , bristowe frises and tynbye frizes , waxe ...
xxvi ページ
There he sold the remainder of the cloth and lead brought out from England , and
sent home oil , cochineal , and sack . Each consignment carried an appropriate
merchant's mark and was accompanied by a bill of lading duly signed by the ...
7 ページ
A letter to send to his maister when he is forced by weather into any Port vpon his
voyage . 8 A letter to be sent presently upon his arriuall at his Port . 9 A letter to
be sent next after his first letter that he wrote of his arriuall . A letter to be sent from
... 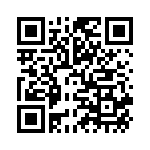