9 âyü[âW
Books of broader coverage were soon to be issued : one in 1576 out of London ,
which gave data upon most famous cities in Europe , üh their üg trade and traficke , "
" their coynes and the places of their mynts , üh to be followed a half century later ...
14 âyü[âW
Governmental reports began to be issued , often largely statistical in character ,
upon the course of trade , the activities of the East India Company , public finance
, and the like . These reports were not yet all issued at regular time intervals ...
34 âyü[âW
Customarily , too , a report of some sort was issued covering the awards ,
perhaps the address of a speaker , etc. Fairs are alleged to have been organized
at Geneva in 1789 , Hamburg in 1790 , and Prague in 1791 ; but little is known
about ... 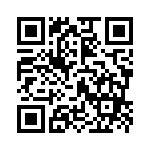