Bolo! isn’t necessarily a bad book. It’s just that it’s not that great either, at least not by David Weber’s standards. Apparently, one Keith Laumer created the Bolo decades ago. It’s an uber-tank ... レビュー全文を読む

A military SF book with Weber at his best. A novelette and several short stories in "True Bolo" tradition with a wistful but appropriate ending. For the real Bolo buffs, there is an appendix that ... レビュー全文を読む

David Weber was born in Cleveland, Ohio on October 24, 1952. He received an undergraduate degree from Warren Wilson College and attended graduate school at Appalachian State University. He ran Weber Associates, a small advertising and public relations agency, for several years. He currently writes science fiction and fantasy full-time. His first novel, Insurrection, in collaboration with Steve White, was published in 1990. He has authored or co-authored over 40 books including The Honor of the Queen, In Enemy Hands, The Service of the Sword, Storm from the Shadows, the Honor Harrington series, the Safehold series, and the Star Kingdom series. Weber's first book in the Manticore Ascendant Series, co-authored with Timothy Zahn, made the New York Times bestseller list in October 2014. At the Sign of Triumph, book 9 in the Safehold series, made the New York Times bestseller list in 2016. Book 10, Through Fiery Trials, was published in January 2019. 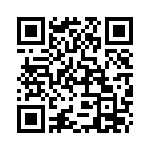