43 ページ
7 Fourth , Matthew 1-2 is another first - century text that already knew those
Mosaic birth - traditions . 18 Third , each of those new post - biblical acts had four
basic scenes . The King's Decree involved Dream , Fear , Message , and Plot .
47 ページ
Sefer ha - Zikhronot ( Shaz ) or Book of Memoirs The final text is dated more than
a millennium after Matthew , to the start of the fourteenth century . On the one
hand , that makes it easily dismissed as irrelevant . But , on the other , how does ...
48 ページ
Would we ever have presumed it had descended relatively securely from a first -
century tradition ? ( Postscript : I think there is a misprint in Brown , The Birth of
the Messiah , p . 114 , on this Mosaic conception tradition in the Life of Moses by
... 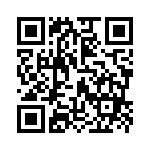