20 āyü[āW
A painful and tedious course of sickness frequently produces such an alarming
apprehension of the least increase of uneasiness , as keeps the soul perpetually
on the watch , such a restless and incessant solicitude , as no care or tenderness
...
231 āyü[āW
These were all once , if not virtuous , at least ina nocent ; and might still have
continued blameless and easy , but for the arts and insinuations of those whose
rank , fortune , or education , furnished them with means to corrupt or to delude
them ...
350 āyü[āW
force and efficacy of the drama , it has at least been able to escape many faults ,
which either ignorance had overlooked , or indulgence had licensed . The later
tragedies indeed have faults of another kind , perhaps more destructive to delight
... 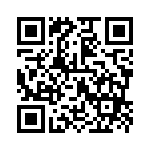