311 āyü[āW
There was , homines deosque ' ) should never be passed by ; nor how my old
friends admitted past the kitchen ; and the shrunk out of my way as I walked the
knight of the birchen twig , instead of street . No. I will be magnaniinous , being ...
98 āyü[āW
It had flourished have soon passed out of them again , prodigiously in the interval
, the house and I have never been able to succeed had grown into a castle , and
the as a collector . " grounds into woodlands and forests . On bis tour ...
354 āyü[āW
Again be raised now irritated to a degree almost beit ; the strength of the current
was yond endurance . passed , and he reached the opposite As soon as daylight
came , he esabank in a very exhausted state , where mined the house in rain for
... 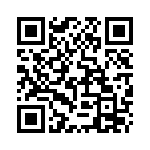