1 āyü[āW
huts and a cluster of tents lying in & he said , though it was an accusation meadow which fell gently away towards rather than à query : " There's a the young fast - flowing Wey , bounding lorry awaitin ' over the bridge .
41 āyü[āW
Later , when I of tents . Francis Hindes Groome , began to study the language , I would perhaps the greatest of the gypsy find it in Smart and Crofton's Dic- scholars , did not believe that the tionary , or in Borrow's , or in one of ...
42 āyü[āW
Groome and nearly all the other Amos Killick showed me , readily students of Romani life is something enough , how his tents were made . which I believe I am alone in noting . See , you have a ridge - pole running It is that the tents ... 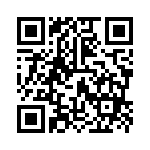