176 āyü[āW
The guide continued on his way towards the bus , his face closed . Then the French colonel joined us and a discussion took place in Russian , and the colonel grew angry and barked out beneath his small , grey military moustache , like a ...
178 āyü[āW
... or three together , and their bodies , brought us face to face with the when dead , were buried against the others , and I did not feel like Alice walls , and it was these bodies we stuck in her rabbit - hole any more , Dow saw .
394 āyü[āW
His face betrayed worry and anxiety ; and we felt that coming , as he had , to his Maker , he would find more help and strength there to face his troubles than would ever be provided by Party or State . Communism simply does not work in ... 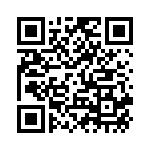