5 āyü[āW
and he told us that the way to the sense of smell lies through a land of perpetual
darkness, where it is guarded, he said, by a band of fierce and dangerous
creatures known as the Hips, who live in a cave. More than this he did not know.
6 āyü[āW
'So you've no idea what sort of a creature I am, for instance?' 'Not the least. But
you don't seem fierce, that's one blessing.' El-ahrairah heard the creature sit
down. After a litde it said, 'I'm a glanbrin. Are there any where you come from?' '
No.
51 āyü[āW
But of course, with such wanderings as that, he was liable to encounter some
curious and unusual creatures, some of whom were distincdy dangerous. And
the story tells that one evening, getting on for nightfall, he was going along a
narrow ...

I found the first section, apparently common rabbit folk tales, unimpressive. It was like reading clumsy fan fiction. The second section, a longer story about the adventures of El-ahrairah, was better ... āīārāģü[æSĢČé­ōŪé▐

I am a massive fan of Watership Down, which Iüfve read countless times both as a child and an adult, so when I discovered only recently that this book existed I had to read it and I wasnüft disappointed ... āīārāģü[æSĢČé­ōŪé▐

Richard Adams was born in Bershire, England in 1920. He studied history at Bradfield and Worcester College, Oxford before serving in World War II. After the war, Adams joined the Civil Service, where he put into action the Clean Air Act and the Thames Barrage, and from which he retired in 1974 to devote himself full-time to writing. The idea for his novel 'Watership Down' came to him during a long car ride when he needed a story to entertain his children. The book went on the receive both the Carnegie medal and the Guardian award for children's fiction in 1972. Watership Down was rejected seven times before finally being accepted by Rex Collings. It was originally published in a first edition of 2,500 in 1972, but progressed to large sales. With American publication it became an adult and world-wide bestseller, selling over a million copies in record time. After Watership Down appeared in the US, Adams became in demand as a writer-in-residence. Her spent several years at American universities. There have been excerpts of Watership Down read on B.B.C. radio, an animated film, a musical version, a dramatic performance in Regent's Park and a children's television series. Adams has produced six major novels, together with several collections of short stories, travel writing, poetry and works on natural history. He has been president of the R.S.P.C.A.. He has been made a Fellow of the Royal Society of Literature 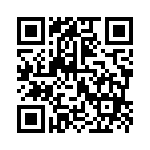