If your birth name was Isabella van Serooskerken van Tuyll, you'd probably change it to Zelide, too. Zelide was an 18th-century Dutch woman who traveled in literary and artistic circles--she was ... ÉĆÉrÉÖĀ[ĎSē∂āūď«āř

Shirley Hazzard was born in Sydney, Australia on January 30, 1931. Before becoming an author in the early 1960s, she went to work for the British Combined Intelligence Services in Hong Kong, was an employee of the British High Commissioner's Office in Wellington, New Zealand, and was a technical assistant to under-developed countries for the United Nations. Her first book, Cliffs of Fall and Other Stories, was published in 1963. Her other books include The Evening of the Holiday, People in Glass Houses, The Bay of Noon, Greene on Capri, Countenance of Truth: The United Nations and the Waldheim Case, Defeat of an Ideal, and The Ancient Shore: Dispatches From Naples written with her husband Francis Steegmuller. She won the National Book Critics Circle Award for fiction in 1980 for The Transit of Venus and the National Book Award for fiction in 2003 for The Great Fire. She died on December 12, 2016 at the age of 85. 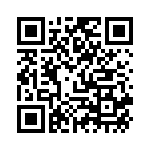