287 ページ
a state on one side of the arena , he gave a signal , a door beneath him opened , and the accused subject stepped out into the amphitheater . Directly opposite him , on the other side of the enclosed space , were two doors , exactly ...
290 ページ
... through long lines of wholly barbaric ancestors , she hated the woman who blushed and trembled behind the silent door . ... whose souls are one , that she knew behind which door crouched the tiger , and behind which stood the lady .
291 ページ
How often , in her waking hours and in her dreams , had she started in wild horror , and covered her face with her hands as she thought of her lover opening the door on the other side of which waited the cruel fangs of the tiger ! 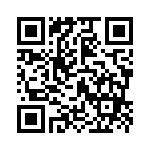