Natalie S. Bober is the author of numerous books of history for young readers, including Countdown to Independence: A Revolution of Ideas in England and Her American Colonies 1760-1776 and Abigail Adams: Witness to a Revolution. 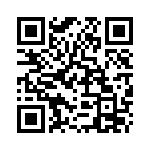