184 ページ
The style of Paradise Regained is in marked contrast to that of Paradise Lost . The opening books of that poem are starred with splendid similes ; there is not a single simile in the first three books of Paradise Regained .
350 ページ
... The Happy Warrior , the Immortality ode , and the Song at the Feast of Brougham Castle , poems on loftier themes and in a more elevated style than the simple lyrics and plain pastorals of 1801. The change of style may have been due ...
485 ページ
Later , Rossetti's colouring deepened , grew richer but less pure ; his style , from being direct and , except for some choice archaisms , plain , turned into a kind of aureate diction , heavy with exotic Latinisms and compound ... 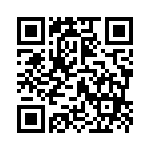