Abe Mark Nornes is associate professor at the University of Michigan, where he teaches in the Department of Asian Languages and Cultures and the Program in Film and Video Studies.

Aaron Gerow is Associate Professor of Japanese Cinema in the Film Studies Program and East Asian Languages and Literatures at Yale University. He is the author of "Kitano Takeshi, A Page of Madness: Cinema and Modernity in 1920s Japan, "and "Reference Guide to Japanese Film Studies, " coauthored with Abe Mark Nornes. 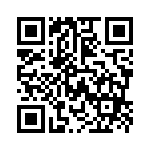