A surprisingly sweet and droll first-person account of the vexed attempts of an alien to understand the bafflingly unpredictable human race. The Pulitzer Prize—winning Butler (A Good Scent from a ... レビュー全文を読む

An alien abducts a busload of casino-bound tourists prior to revealing himself to humans at the Y2K celebration. A short novel of about 200 pages, written in Butler’s unmistakable first person style ... レビュー全文を読む

Robert Olen Butler is a novelist, screenwriter, educator, and short-story writer who grew up in Granite City, Illinois. Butler served in Vietnam. Following the Vietnam War, Butler began writing. His stories have appeared in The New Yorker, Esquire, The Paris Review, and The Saturday Review, as well as in four annual editions of the Best American Short Stories and six annual editions of New Stories of the South. A collection of his stories, A Good Scent from a Strange Mountain, won the 1993 Pulitzer Prize for Fiction. Butler's novels include The Alleys of Eden, Countrymen of Bones, and Sun Dogs. He has received a Guggenheim Fellowship in fiction and a National Endowment for the Arts grant. Butler also won the Richard and Hinda Rosenthal Foundation Award from the American Academy of Arts and Letters. He teaches creative writing at McNeese State University. 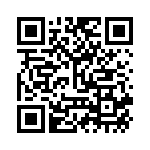