6 ページ
... from his first creation , that he work , and work will always bring a blessing , a
material reward . For scriptural authority for this faith in reward we are referred to
Solomon ' s saying that the man diligent in his business will stand before kings .
19 ページ
... I shall now speak against : this stands more in the wills , than wits of men . This
is first against nature ; one Serpent doth not sting another , and the Fishes of the
Sea devoure none but those that are of other kindes . But the greatest evills that ...
38 ページ
Among many faults of Shee - Citizens , their pride stands as a Saul , higher by the
head and shoulders than the rest ; not that it is greater , or more common than
their secret sins , but more seene ; and so with lesse danger I may speake
against ... 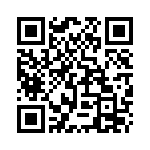