The best book I read in 2007, hands down. I enjoyed it so much and found it so inspiring that I scanned a page, printed it out, highlighted an important sentence, and mailed it to my beloved. It is now hanging on his wall. One of few books I wish had arms so that I could hug them. レビュー全文を読む

Vivid descriptions of life in a Nazi labour camp and of a bomber being shot down and crash landing in World War Two are the highlights of this book. The arcane arguments for the existence of God and faith while interesting may muddy the waters rather than clearing things up. レビュー全文を読む

E. L. Doctorow’s works of fiction include Welcome to Hard Times, The Book of Daniel, Ragtime, Loon Lake, World’s Fair, Billy Bathgate, The Waterworks, City of God, The March, Homer & Langley, and Andrew’s Brain. Among his honors are the National Book Award, three National Book Critics Circle awards, two PEN/Faulkner awards, and the presidentially conferred National Humanities Medal. In 2009 he was shortlisted for the Man Booker International Prize, honoring a writer’s lifetime achievement in fiction, and in 2012 he won the PEN/ Saul Bellow Award for Achievement in American Fiction, given to an author whose “scale of achievement over a sustained career places him in the highest rank of American literature.” In 2013 the American Academy of Arts and Letters awarded him the Gold Medal for Fiction. In 2014 he was honored with the Library of Congress Prize for American Fiction. 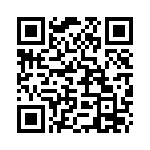