The author is a lifelong scholar of psychology, history, science, politics, and religion. He is a high honors high school and college graduate, having obtained a B.A. Degree in Psychology, with a minor in sociology. He continued graduate studies toward a M.A. Degree in Psychology with a 4.0 average. He could have pursued further academic studies but became bored and disenchanted with the curriculum, and decided he could learn more of what he wished to know on his own or in other disciplines of study.He obtained an Associates Degree in Applied Science - specializing in meteorology, while a veteran of 20 years of honorable and commendable service. He excelled in other courses including: mathematics, computers, office administration, chemistry, biology, electrical, and electronics. He was selected for The National Dean's List while studying religion in 1984. In 2002, he was nominated for consideration for "Who's Who in America", though he never applied. He has recently declined to join a secret society connected with the Illuminati, despite their offer to help him become wealthy and famous. He returned their "buy off" offer with: "sorry, I am not for sale. Secret societies are part of the problem - not the solution"! He has written numerous newspaper articles dealing with war, pollution, religion, politics, science, health care and social issues. He is a published author and singer/songwriter and has a variety of other interests including: reading, inventing, art, dancing, poetry, politics, meditation, health, nutrition, and physical fitness. Due to the highly controversial nature of the truths, herein, the author prefers to remain pseudonymous, at this time. Therefore, he uses the pen name, Yliyah Paul. Likewise, the colleges and universities with years attended and completed must be left unidentified. The significance of his pen name will become apparent to the reader, once the book has been read, digested, and understood. The author has experienced several significant events and defining moments in his life, including a possible alien abduction around age 12 and two later visitations by an extraterrestrial or heavenly being culminating in a yet unexplained event in 1988, which mentally/spiritually programmed him to complete this work. The author does not claim to have all the answers, but with these truths revealed, herein, the reader will be greatly enlightened and, hopefully, prepared for the wonderful Kingdom of Heaven to come.YLIYAH PAUL 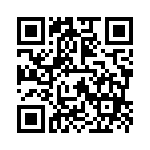