104 ページ
He neither took all appearances listening to no part in nor paid the slightest one and seldom raising their eyes heed to the general conversation , from their desk , Mansub and his but while it was in progress started brother magistrate ...
131 ページ
I took a pull on my buck - fever , There was a patch of grass at and , as the big cat raised itself the top of the long rise on the to peer upwards , squeezed the far bank , so I turned her loose for trigger .
217 ページ
My head syce and I , goal margin , and I really thought however , took him slowly to start that they would go mad . Cheering with , and , after he had taken & wildly , they swarmed on to the few tosses without hurting himself , ground ... 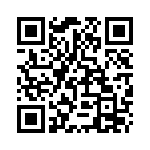