13 âyü[âW
... your school to try at least one or two readers next year to relieve the teachers who are most heavily burdened . For this reason I have had this paper printed so that you can put a copy on your principal's desk next Monday morning .
16 âyü[âW
Why You Should Try a Few Readers You ought to try out the use of readers at least on a small scale next year because the load you are now carrying would be regarded as cruel and inhuman even by Roman galley - slaves , and by 1965 there ...
36 âyü[âW
Death of a Salesman , for example was a great experience with one class that read it and acted parts of it informally ; many , I think , understood their parents - and themselves - better because of it , and one boy , at least , whose ... 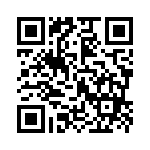