Christine Shaw is an Associate Member of the History Faculty of the University of Oxford. Her research interests are centred on the political society of Renaissance Italy. Her major publications include Julius II: The Warrior Pope (1993); The Politics of Exile in Renaissance Italy (2000); Barons and Castellans: The Military Nobility of Renaissance Italy (2015); and The Italian Wars: War, State and Society in Early Modern Europe (2012; second edition 2019). 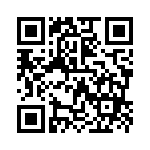