199 āyü[āW
As to love , that is done in a week ( provided the lady has a reasonable share ) ; besides , marriage goes on better with ... Fletcher , of course , was married , but , emancipated by the mosquitoes and siroccos of the Levant , he was ...
266 āyü[āW
Hadn't he always longed for marriage , ever since Mary Chaworth's day ? Didn't he need quietude ? ... one's idols had said No instead ; however , all that is over ; I suppose a married man never gets anybody else , does he ?
284 āyü[āW
Was marriage , for a time at least , going to chain him to one woman and one only ? Well , so be it : they would act the play out between them . It was untrue that he had married her in any spirit of revenge .

This doesn't strictly fit the Penguin theme; read it by mistake. Actually a bit better than Maurois' Shelley. Oh, not reviews? Then here goes. The first superstar, with all the attendant problems. One of the most entertaining biographies I've read in a long time. āīārāģü[æSĢČé­ōŪé▐

One of the most succeeded biographies about Lord Byron, written by André Maurois, member of the Académie Française āīārāģü[æSĢČé­ōŪé▐ 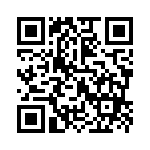