Samuel Crowl is Trustee Professor of English at Ohio University where he has taught since 1970. He is the author of two books on Shakespeare, as well as numerous essays, articles, reviews, and interviews on all aspects of Shakespeare in performance. He has been honored many times for outstanding teaching and has lectured widely on Shakespeare at universities and conferences here and abroad, including the Shakespeare Institute and the International Globe Center. 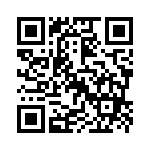