K. Paul Johnson is the author of The Masters Revealed: Madame Blavatsky and the Myth of the Great White Lodge and Initiates of Theosophical Masters, both published by SUNY Press. 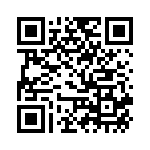