Excellent reference source for all things: United States Navy destroyers, Many pictures illustrate type and functions for these "Jack of all trades" ships. Detailed damage results and survival ... レビュー全文を読む

Norman Friedman, is an internationally respected defence analyst and the author of seven other books in this warship design history series. His is a long-time columnist for Proceedings magazine. 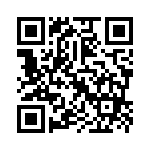