Louis Untermeyer was born in 1885 in New York City. He was a poet, anthologist, and editor. Untermeyer was known for his wit and his love of puns. For a while, he held Marxist beliefs, writing for magazines such as The Masses. He advocated that the U.S. should stay out of World War 1. After the suppression of that magazine by the U.S. government, he joined The Liberator, published by the Workers Party of America. Later he wrote for the independent socialist magazine The New Masses. He was a co-founder of "The Seven Arts," a poetry magazine that is credited for introducing many new poets, including Robert Frost. In 1950, Untermeyer was a panelist during the first year of the What's My Line? television quiz program. According to Bennett Cerf, Untermeyer would sign virtually any piece of paper that someone placed in front of him, and Untermeyer inadvertently signed a few Communist proclamations. He was named during the hearings by the House Committee on Un-American Activities investigating communist subversion. At that point, the producers told Untermeyer that he had to leave the television series. The controversy surrounding Untermeyer led to him being blacklisted by the television industry. Louis Untermeyer was the author or editor of close to 100 books, from 1911 until his death in 1977. Many of his books and his other memorabilia are preserved in a special section of the Lilly Library at Indiana University. Schools used his Modern American and British poetry books widely, and they often introduced college students to poetry. 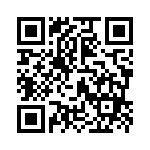