Willie F. Smith Sr. was employed with Lawyers Title Insurance Corporation for thirty-eight years. He stared as a clerk and retired as Vice President and National Division Manager.

While employed he was appointed Pastor of the Morning Star Missionary Baptist Church in 1984 in Dallas, Texas. After retiring he became an entrepreneur and opened Quick Serv Title Service, an escrow and closing office that closed real-estate transactions from 1990 to 1995. The office was a very successful operation employing as many as eight people full-time. He retired again in 1995 and became full-time pastor of the church. He has held and conducted self-improvement and motivational seminars.

Willie Smith believes, preaches, and teaches that faith in God and in yourself is the key to accomplishing your dreams no matter how impossible they might seem. 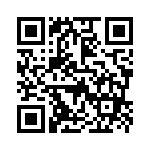